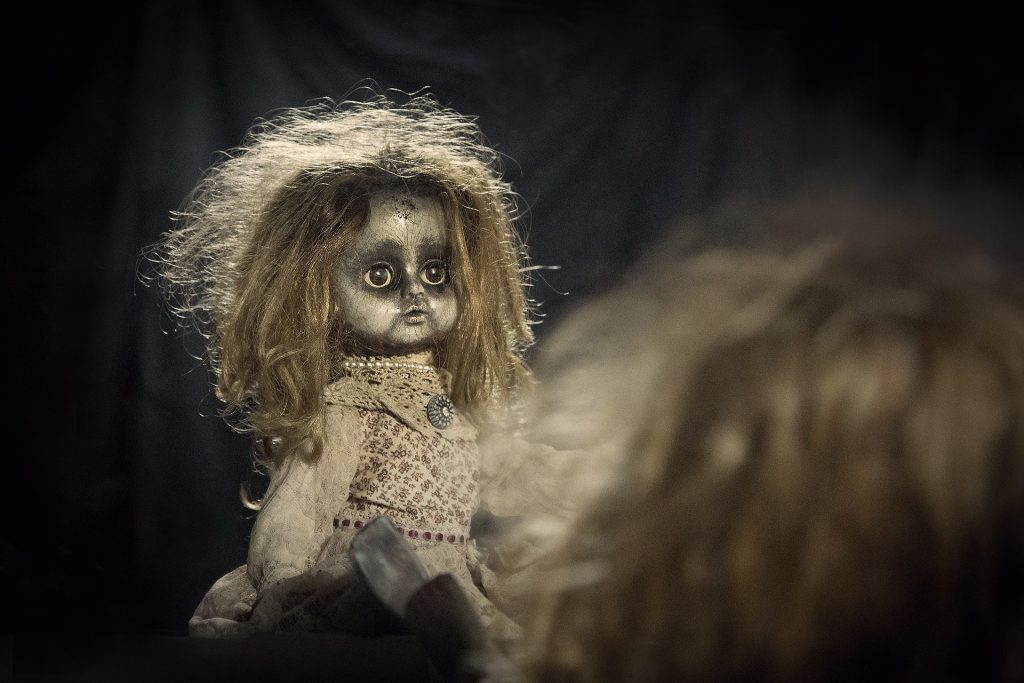 Tubsy and the Trauma of Oz

Zoe sat on her coiled rag carpet holding Tubsy in her arms. Gently feeding Tubsy her bottle of water. Tubsy’s eyes were almost completely closed against her flushed pink cheeks. A bottle always made her sleepy.

When Tubsy was finished, Zoe took off her little diaper and popped Tubsy into her light blue bathtub. A fresh diaper and pair of pajamas was neatly folded within reach. Water pee came out the small hole between Tubsy’s legs. Zoe picked up a piece of cloth and began washing Tubsy with the water. A sound made her stop to listen.

Kev and Steve, the foster man, were huddled in the hall outside her bedroom door talking in low voices with each other. Something is up, thought Zoe.

Kev came into her room, Steve right behind him. “I was wondering if I could borrow Tubsy Wubsy for—”

“Now Zoe,” said Steve. “Your brother needs a baby doll for The Wizard of Oz play. For when the witch shrinks after they throw water on her.”

“I promise I’ll keep Tubsy safe,” said Kev. “I’m one of the guards. I’ll be right by her the whole time. Please?”

“The water won’t hurt Tubsy at all,” said Steve. “And nobody else has a baby doll they can use.”

Would Tubsy like to perform in a play? wondered Zoe. She picked Tubsy up and looked her straight in her now wide open flat blue eyes. Tubsy wanted to go.

The play had a three night run. Steve and Zoe had tickets for closing night. Each night when Kev got home, Zoe would question him.

As Zoe watched the play from the audience on closing night, her stomach was a knot of nerves. How would Tubsy do? Zoe hoped she didn’t have any stage fright.

She could barely sit still when Tubsy’s big scene arrived. The six guards, including Kev, were dancing about. Somebody threw a bucket of water on the girl playing the witch. As she shriveled up, Tubsy’s head appeared at the top of the witch’s black robe. Zoe clapped and whistled.

At the end of the play, the cast took their bows in order of their character’s importance. Staying on stage while the next performers came out for their applause. Tubsy came out last with the witch. After a thunderous response, the guards grabbed Tubsy and took turns running around the stage with her. Kev ran after them, trying to get Tubsy, while the other guards played keep away.

“It’s fine,” said Steve. The expression in his eyes did not match his words.

The five guards ignored Kev. They gathered in a circle, each taking hold of Tubsy. Letting out a cheer as they ripped out her arms, legs and bald plastic head—all at the same time.

The only thing louder than the chaos in the auditorium were Zoe’s piercing screams.