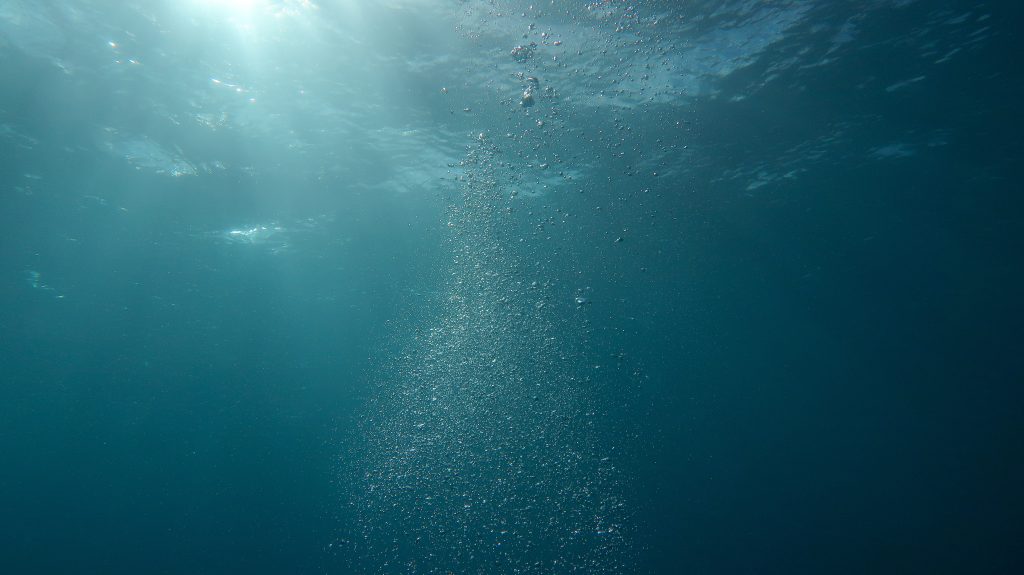 It was my first time for snorkeling romance. I was so excited. It was at the Champagne Reef off Dominica Island, an emerald jewel dropped into the clear blue waters of the Caribbean Sea.

Barney and I slipped off the dive boat, into the lovely warm water, and off we went. Everyone on the dive tour also scattering away in every direction. Some staying at the surface. Me. Some diving down underwater. Barney.

Champagne Reef is named for underwater geothermal springs vent gasses. Hot bubbles travelling upwards like in a glass of champagne. Like bubbling in a hot tub. There were a lot of colourful fish. So much to see.

A manly shape swam up beside me. Barney took my left hand. We flippered along side by side. Holding hands. Fingers entwined. Pointing out different interesting things along the bottom: brilliant fish, brain coral, sponges, hawksbill turtles, cannonballs sunk into the bottom like discarded toys.

My heart swelled with love. It was the most romantic moment of my life.

I looked up at a school of fish traveling by. Neon blue with a yellow stripe leading into their yellow tail fins. Barney was swimming right behind them. What the… His mask turned towards me. Even the mask did not look impressed.

My head swiveled left to take in the horrified bulging eyes of the strange man goggling at me through his snorkeling mask. I dropped his hand as if it was a hot coal. I swam quickly after Barney. The man sped off in the opposite direction. Leaving a trail of bubbles in his wake.

Later that day, Barney had a talk with me.

“What were you doing holding hands with that strange guy?”

“I assumed it was you. He did the same thing. I’m sure his woman is not happy about it either. If she noticed.”

“I promise never to do it again.”

“Promise. It will never happen again.”

In Cuba, we were in a small catamaran. Speeding away from Varadero over the rough waves. We hired a private guide, the wind making his dusky skin glow and sending his black hair flowing backwards horizontally as he steered us towards the dive site. Ojo del Mégano. A blue hole that used to be a cave before the roof broke and sank. It didn’t seem to take very long to arrive.

Barney slipped off the catamaran first. I followed, and then the guide. I had a bit of trouble with my snorkeling mask, so the guide came over to help me. Once sorted, he grabbed me by the hand and swam towards the hole. Barney swam nearby. His head tracking my every move.

Oh crap, I thought. I tugged my hand gently. Trying to free it from the guide. He would not let go. I tugged harder. He just pulled me faster.

We swam along holding hands while the guide pointed out the best things to see. The blue hole was a natural refuge for fish. There were snapper and red grouper. Anemones swaying back and forth while spider crabs shifted around the bottom. Walls were crammed with coral fish and eels. Popping in and out of sight like jack in the boxes.

I kept trying to escape. But that guide would not release me.

Later that day, Barney sat me down for a talk.

“He would not let go of my hand. I swear. I tried to get free, but he wouldn’t let go.”

The third time we went snorkeling, we were at Princess Cays near the Bahamas. I stayed close to Barney. Holding his hand. There was no way I was letting go. I didn’t even look around. My total focus was on him.

Barney tugged his hand free. He dove down to the sandy bottom, retrieving a golden treasure. Surfacing to lift it above the water, the gold sparkled blindingly in the bright sunshine. Yada, yada, yada. Barney was the acclaimed hero of the day. But I digress.

Since then, I always stick with Barney while snorkeling. If not holding hands, maintaining at most a 3 foot perimeter. Just like I promised.