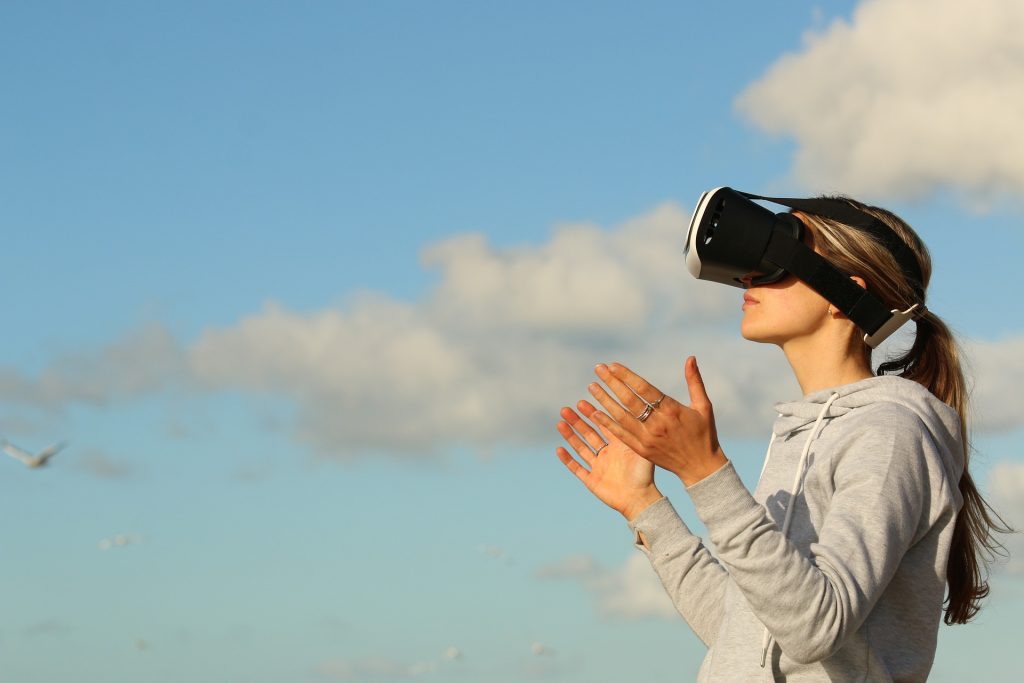 Apple’s new patent for an Augmented Reality or Virtual Reality (AR/VR) headset includes ultrasonic sound waves to simulate a breeze or physical sensations on the user’s face while they interact with the virtual environment. These sound waves are super high pitched and can’t typically be heard by humans (frequencies above 20,000 Hertz). Unfortunately, ultrasonic sound waves are absorbed by the body and can damage internal organs.

This isn’t just about Apple. Other major players are working on similar entertainment technology. For example, Future Interfaces Group researchers have developed an ultrasonic array to send sensations to the mouth, lips, and tongue of VR headset users.

My family started with Super Nintendo gaming systems back in the 1980s. We now have a VR headset for playing games from fighting zombies to Beat Saber. When I read about this next generation technology, I immediately imagined being Zelda, riding through Hyrule on my horse, feeling the wind on my face or arrows zip by. But I’d want to be protected from ultrasound.

Scientists are calling for public health authorities to develop regulations to protect all people from ultrasonic exposures. Most data on risk of ultrasonic health effects have looked at adults exposed at work, mainly from using ultrasound-emitting equipment, e.g. sonographers. What is the risk for children, teens, and adults exposed to ultrasound from AR/VR headsets?

This scenario reminds me of personal listening systems. There are still no harmonized maximum audio output limit standards for manufacturers. Granted, risk of hearing loss wasn’t recognized until after the product was being widely used among consumers. Now there are decades of science linking personal audio system users with permanent hearing health damage. About 50% or billions of 12 to 35 year olds worldwide are now at risk of noise-induced hearing loss from loud personal listening alone. There are still no mandatory manufacturer safety improvements required anywhere despite the proven risk.

“Guidelines for [maximum permissible ultrasonic levels] can be based on evidence, to protect manufacturers, the public, employees, and those deploying devices that emit ultrasound in air. Without such protection, the benefits of new technology will be compromised.”

T.G. Leighton, in Ultrasound in Air, Special Issue of the Journal of the Acoustical Society of America (2018)

Health risks and protective limits should be addressed during the manufacturer development stage before new products hit the consumer retail market. Otherwise, AR/VR headsets with ultrasonic technology could be the next entertainment activity to compromise public health and safety.