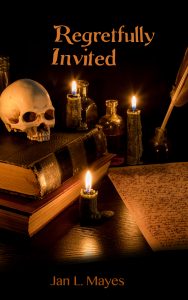 Why do left feet keep washing ashore?
Find out the answer to this question and more with this 13 story bundle of creepy, horror micro-stories and flash fiction.
Delve into disturbingly haunting quick tales of murder, madness, and mayhem. Contained in a menacing atmosphere where all is not right in the world.

This book contains violence, coarse language, and suggestive content. It is not appropriate for young or sensitive readers.

These dark plots spring from my overactive imagination. I get ideas from news stories and daily life.
Double Vision
Based on real events, where midnight visitors could be sinister or a quirk of vision.
Tubsy & The Trauma of Oz
Based on real life hideously shocking consequences of letting a girl’s favourite dolly perform in the school play.
The Grave of Gelert
Based on a visit to the real Gelert’s Grave in Wales, a tribute to the memory of when hasty deadly action brought sorrow.

Mary Annette
Based on the most terrifying teleporting real life marionette ever rejected by a child.

Regretfully Invited
When an audiologist knows too much about Doctor Bell’s tinnitus cure experiments, he takes an unorthodox approach to eliminating them as a witness.

Disembodied
Inspired by real events where left feet keep washing ashore in the Pacific Northwest, but police have no idea who they belong to or where they came from.

Dreams of Debbie
Based on real events after the death of a sister, when a dream may be more than a dream.

Eye Eclipse
A father uses a rare solar eclipse for revenge, inspired by real events when a bystander videos a fatal accident instead of trying to save the child.

Ladykiller
Based on nightmares of an alien apocalypse, where oversleeping has deadly consequences.

Dad’s Death Bells
Based on real events after the death of a father, who might have ghosted back to give a murderous message or last good-bye.

Cofveve Pie
A Mom’s desperate plan to prevent her daughter’s wedding by serving the fiancé a “special dessert”, inspired by real events and the mystery of what cofveve means.

Napkins
Inspired by a big brother who decides to take things into his own hands to protect his sister from Mother’s abuse, but things don’t turn out exactly as planned.

Some of these hooked me so much that I wished they were full length novels.
Amazon review
Her writing is simple and concise. It flows very smoothly, and is not overly gorey.
Amazon Review
Previous
Next

Detective Singh hung up the phone and spun around in his chair to face the squad room. “There’s been another one,” he announced.

“Another what?” asked Gill.

Captain Robert’s head popped around the door of her office. “Do I need to send you to sensitivity training again?” she asked.

“Meeting. My office. In five,” she ordered before disappearing.

“Where did they find it?” asked Gill.

“Up the Sunshine Coast. Rose Island.”

Gill thought for a moment. “Didn’t the last one show up in June too?”

“Making any progress?” asked Gert from across the room.

“How long has it been now?” she teased. “Five years a mystery?”

“Something like that. About one a year washes up on shore,” said Singh. “Sometimes more.”

Singh jumped up and went into her office. Taking a seat on the uncomfortable wobbly chair facing her sleek metallic desk.

“I’ve been notified about the latest find,” she said. “Getting any closer to a solution?”

“None of the feet so far have matched up with anyone on DNA analysis. Nobody has come forward about losing a foot.”

“Are you being facetious?”

She tapped her fingers on the desk. Looking out her window thoughtfully. “What’s the timeline been?”

“The feet have usually shown up in the summer or early fall. This one is reportedly very well preserved. Hasn’t been in the water long.”

“Floating south from a northerly origin?”

“I want you to get out there,” said Roberts. “Head up to Fino River. It’s the northernmost city on Rose Island. Talk to the coroner. See what you else can find out.”

“Maybe the coroner can help figure out how long the foot was in the water this time. Calculate back using wind and tides to see where it might have come from.”

Roberts snorted. “Take a car from the pool. The ferry and island highway are more than fast enough. It’s taken years to figure this out. What’s a few more hours.”

“Yes, ma’am,” said Singh. He returned to his desk, and called the Island Ferries, making a reservation for the next sailing.

“Do you feel left down?” asked Gert.

Gill added, “Have you been left to your own dev—”

Singh stood up and saluted the squad room. “Peace out.”

He stood in the heavily fenced lot, looking over the unmarked cars. Of course, all the V8 Chargers had already been taken. He was left taking a white Impala. With only a V6 engine. And no rear-drive. Not that it really mattered. It was doubtful he would be making any high speed pursuits on this road trip.

On the ferry, he sat in the Quiet Lounge. Sipping chai and filling up on nuts, pastries, and cheese. He skipped the fresh fruit and vegetables. He got enough of that at home. His eyelids grew heavy, and he put down the newspaper he had been leafing through. Looking out the window, he saw a young woman standing at the rail.

Her dark hair was pulled into a tight bun. The wind had teased out long tendrils that flew back over her shoulders. When she turned around, her cheeks were bright pink from the wind chill. Her make-up was bold. Emphasizing her brown eyes and red lips although the red did clash with her cheeks. She was wearing a flowy purple skirt that ended just above her knees. Otherwise she was mostly covered up in a puffy black jacket with a sapphire blue plaid scarf flying around her neck.

Singh admired her long, muscular legs when the wind blew her skirt up to her thighs. He wished he could see the rest of her. He suspected she had a very trim body. Too bad this trip couldn’t wait until the summer when the female scenery was less hidden by clothing. He idly wondered where she was off to. Sighing, he returned to his newspaper and snacks.

Natalie turned from the ferry rail and walked across the deck towards the heavy entrance door. She glanced towards the windows. Noticing a handsome Indian man inside. His black hair was slicked back from his face. Framing his high cheekbones and almond-shaped eyes. He seemed to be watching her, so she walked more quickly towards the door. Struggling against the wind to heave it open.

As her bus pulled into Fino River, it stopped at a red light. A white sedan sat in the next lane, also waiting for the light to change. Natalie noticed that the driver was the handsome man from the ferry. She wondered why there were heavy bars between the front and back seats of his car.

At the bus depot, Natalie slung her bag over her shoulder and walked outside. Blinking furiously against the bright sunlight. In her rush to get ready, she had forgotten her sunglasses. But you didn’t delay after a last minute summons from Madame Pizarski. Somebody had cancelled their audition, and Natalie was first on the waiting list. Come hell or high water, there was no way she was missing her opportunity to audition for the Pizarski Academy of Ballroom Dance.

She strolled down the main street towards the…[End of Excerpt]

Available in ebook at libraries and online bookstores including Amazon.